“Quakers became the first church in the UK to say they “will not invest in any company profiting from [Israel’s military] occupation.” Recently, several US churches have also voted to divest from Israeli and international companies complicit in Israel’s violations of Palestinian human rights.” 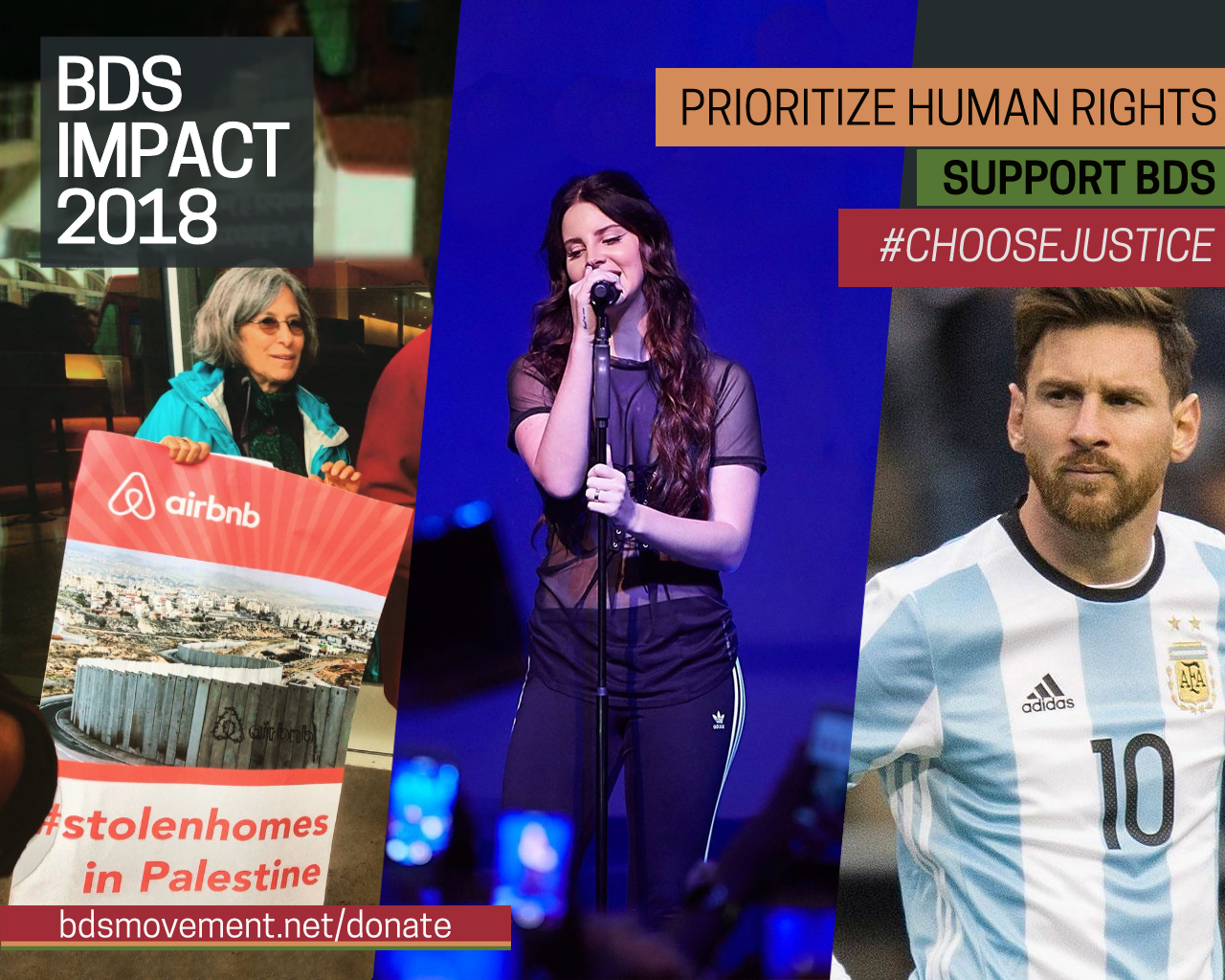 Today marks the International Day of Solidarity with the Palestinian People, and we celebrate the extraordinary strides that the BDS movement for Palestinian rights has made with your support. We are exposing Israel’s crimes and apartheid policies and building pressure to end them.

Please donate to help us do more in the year ahead.

Here are just a few highlights of direct and indirect BDS impact from 2018:

Please donate to our year-end fundraiser, and help our movement grow even stronger next year.

Together we can, and will, make the words “freedom, justice and equality” not an aspiration, but a reality.

The Palestinian BDS National Committee (BNC) is the largest coalition in Palestinian civil society. It leads and supports the global Boycott, Divestment and Sanctions movement for Palestinian rights.